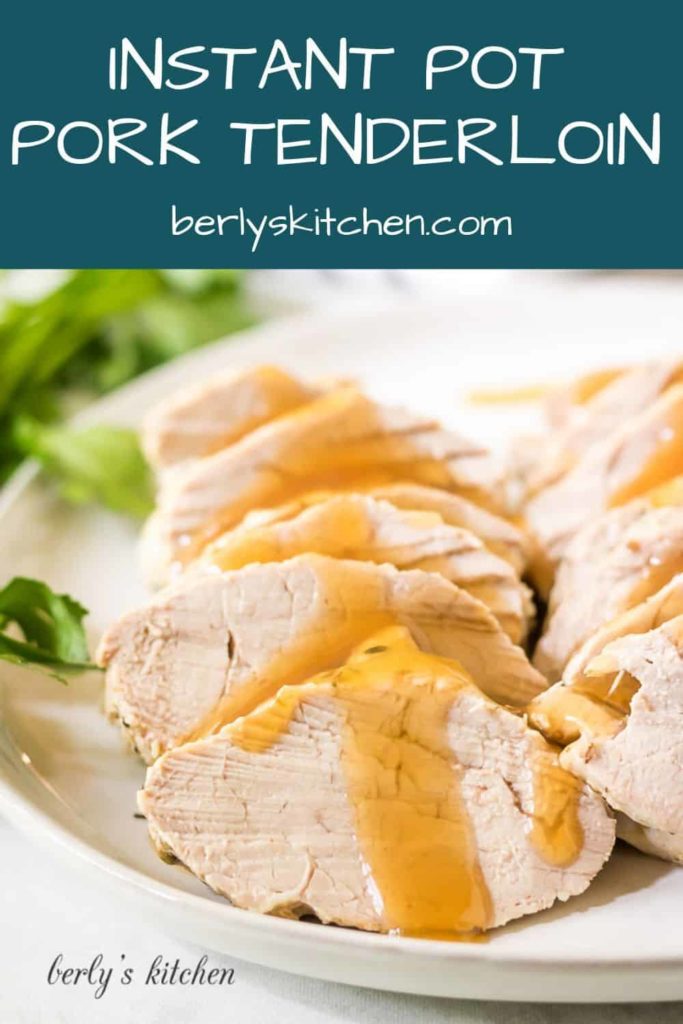 It’s been a while since we’ve shared a tasty pork recipe. In fact, I think the last one we shared was my grilled pork chops recipe.

For today, we decided to share Kim’s Instant Pot pork tenderloin. It’s a quick and easy dish that’s pretty much, “hand’s off.”

All you have to do is season the meat, place it in the cooker, and relax until it’s done. After that, make the glaze while it rests and you’re good to go!

First, place the trivet and liner into your pressure cooker. Next, add the broth and vinegar to the liner.

At this point, you can cut the pork in half and set it aside. In a small bowl combine all the seasonings (garlic powder, herbs, onion powder, and salt).

Mix them together and sprinkle them over the pork tenderloin cut.

Then, place the meat onto the trivet and seal the machine (including the valve). Now, press the manual or high pressure cook button and set the timer for six (6) minutes.

Once the timer goes off, allow for a fifteen (15) minute natural release. Afterward, open the valve to release the pressure and then remove the lid.

Take the pork and trivet out of the liner and set them aside to let the meat rest. In another bowl or measuring cup, mix the honey, soy sauce, and corn starch.

Pour that mixture into the liner. Use the saute function to heat the glaze. Whisk everything together as it thickens.

Last, once the desire thickness has been reached, turn off the heat, slice the pork, and drizzle it with the glaze.

That’s it, your Instant Pot pork tenderloin recipe is done! Kim and I hope you enjoy the meal and wish you all the best 🙂

How long to cook pork tenderloin?

Well, it depends on the methods and temperatures you’re using to cook the meat. For example, our pressure cooker pork tenderloin only cooks for six (6) minutes. However, that’s for a well-done pork tenderloin.

So you see, depending on the appliance used (Instant pot, oven, air fryer), cook times can very. What’s important is that the internal temperature reaches 145 degrees F. (according to the USDA).

What is the best pork?

That varies based on your preferences. Me, I enjoy a tenderloin over a butt or shoulder any day of the week. With that being said, it really depends on what you’re cooking.

Take for example, pulled pork, you wouldn’t use a tenderloin for that kind of recipe. Most people would choose the butt or shoulder cut. So, the short answer is…it depends on what you like and what you’re making. 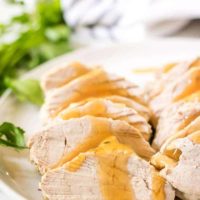 The calories listed are an approximation based on the ingredients and a serving size of about four to five (4 to 5) ounces of pork tenderloin with a tablespoon or two (2) of the glaze. Actual calories will vary. Any leftovers can be stored in your fridge in a sealed container for up to three (3) days.