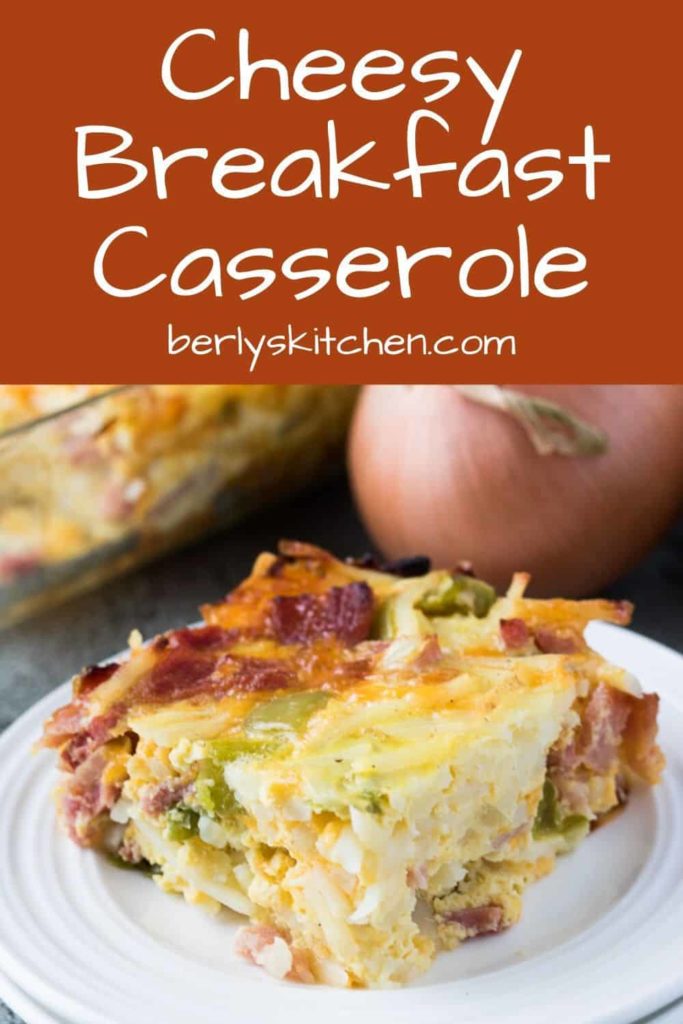 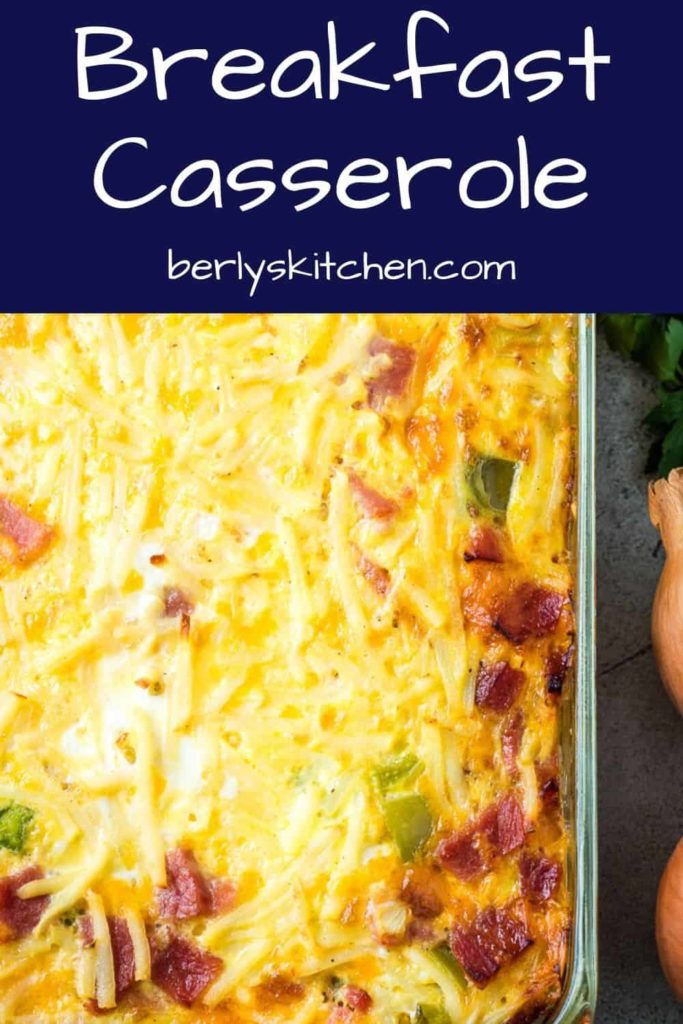 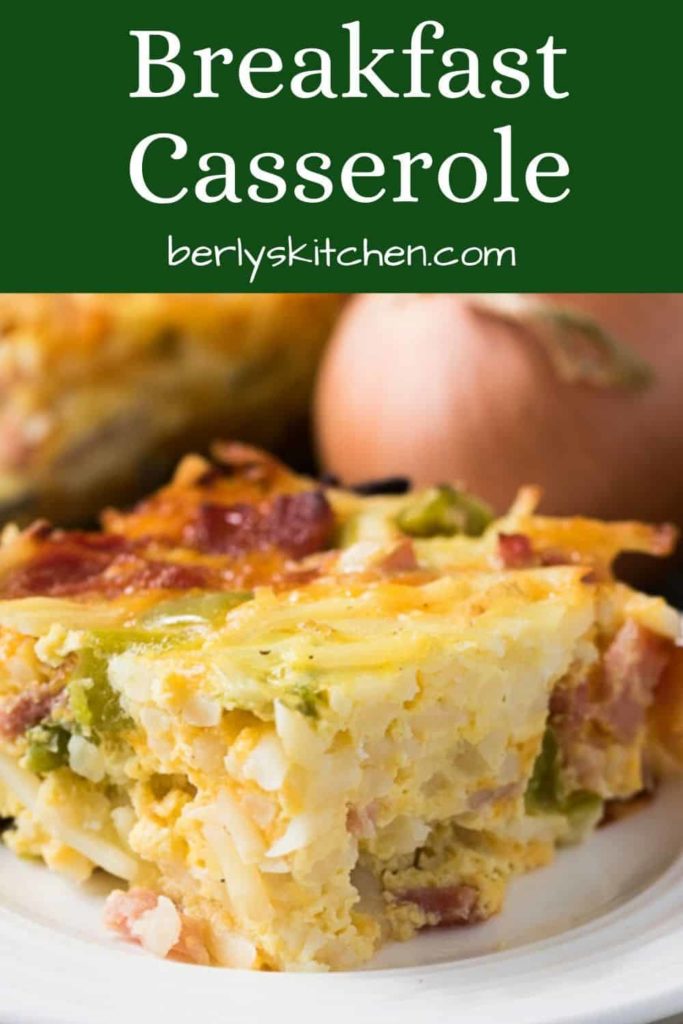 This Egg Casserole with Hash Browns has all your favorites like ham, eggs, green peppers, and cheddar cheese baked in one pan!

There are some mornings when a bowl of cereal or piece of toast just won’t cut it. For days like that you need a hearty breakfast bake.

If you’re looking for something a little lighter, we’ve got you covered with eggs in a basket, fluffy scrambled eggs, hash brown waffles or some banana muffins.

How to make an egg casserole with hash browns?

First things first, go ahead and dice the ham, onions and green peppers.

Also, shred the cheese, spray a baking dish with non-stick cooking spray and preheat your oven to 350° F.

Next, grab a large mixing bowl and crack twelve eggs into the bowl. Pour in a cup of milk and add the salt and pepper.

After that, in another large mixing bowl, mix the hash browns, cheddar cheese, green peppers, and onions.

Then, once the hash browns and other ingredients are mixed, pour them into the prepared baking dish. Spread them out evenly.

Afterward, pour the egg mixture into the baking dish. Make sure to evenly pour it over all the hash browns so they can soak up the whipped eggs.

If needed, use a spatula to press the hash browns and other ingredients down into the egg mixture.

Now, place the hash brown breakfast casserole (uncovered) into your preheated oven for about an hour.

You’ll know that it’s done when the center no longer jiggles, the edges and top are browned, and a knife inserted in the center comes out clean. Take a look at the photo above as a reference.

Last, remove the hash brown casserole from the oven and let it cool for about five minutes before serving.

That’s it, your cheesy breakfast casserole recipe is done! Kim and I hope you enjoy the meal and wish you all the best 🙂

What can I put in my breakfast casserole?

The possibilities are endless. Here’s a small list of add-ins you can put into your version to take it over the top.

Can an egg casserole with hash browns be made in advance?

Yes, diced hash browns would work great in this recipe.

What should I do if the egg casserole begins to brown too quickly?

We recommend baking this casserole uncovered. However, if it starts to brown too quickly on the top, cover it loosely with a foil tent for the remainder of the cook time. The center should still be set when it’s finished baking.

Other breakfast casseroles you may enjoy:

Don’t forget to check out our Egg Casserole web story!

The calories listed are an approximation based on the ingredients and a serving size of one square piece when the casserole has been cut into fifteen (15) equal sized pieces. Actual calories will vary.

The cheesy breakfast casserole with hash browns can be stored, covered, in your fridge for up to three days.