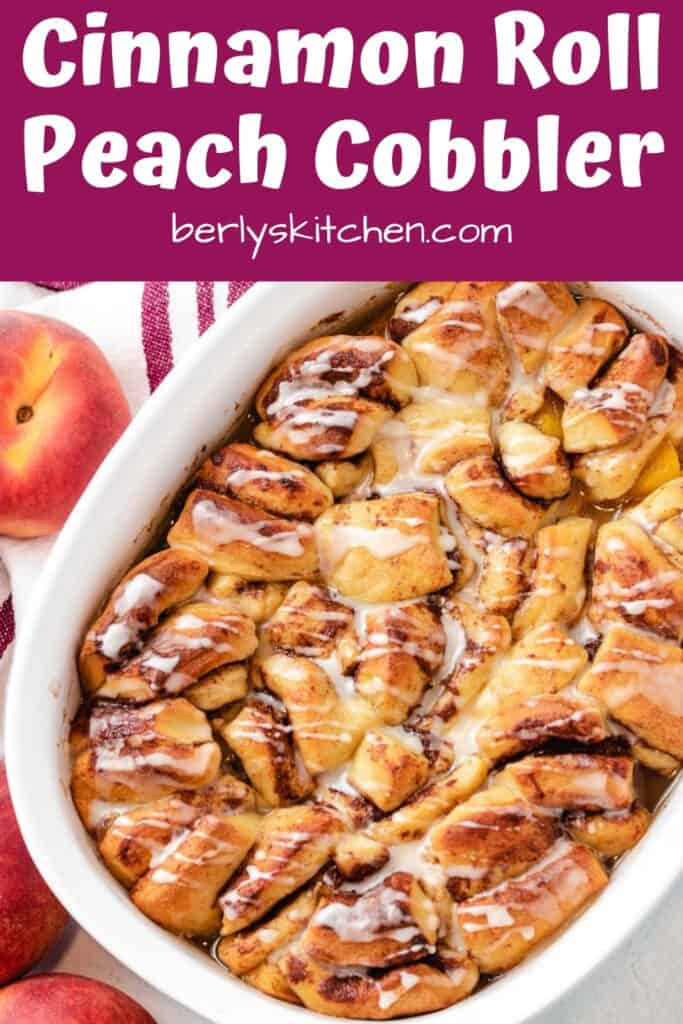 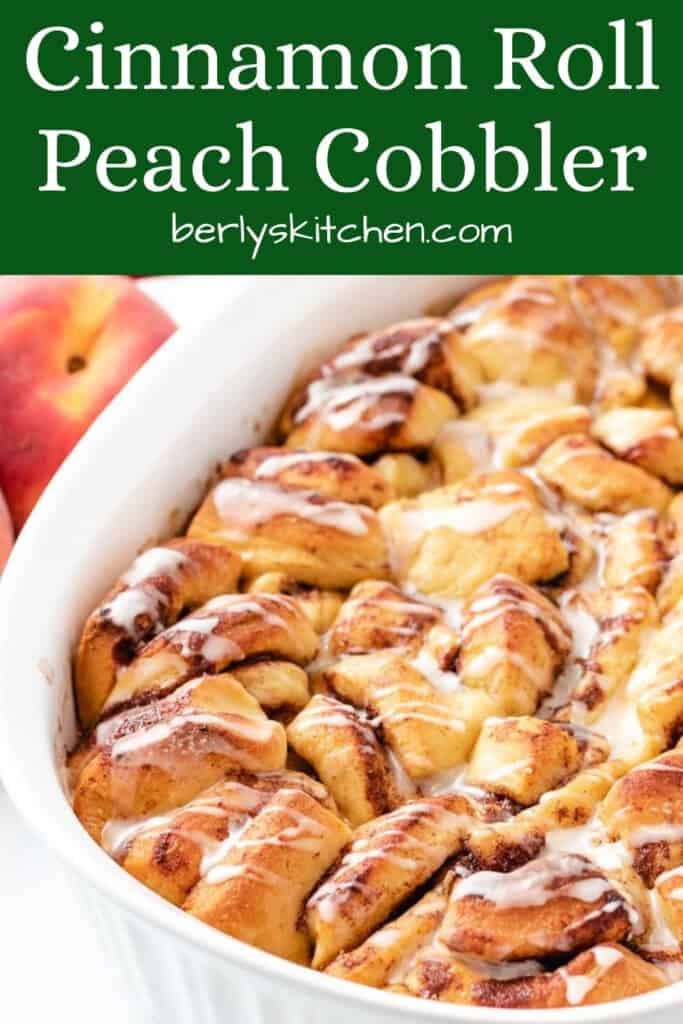 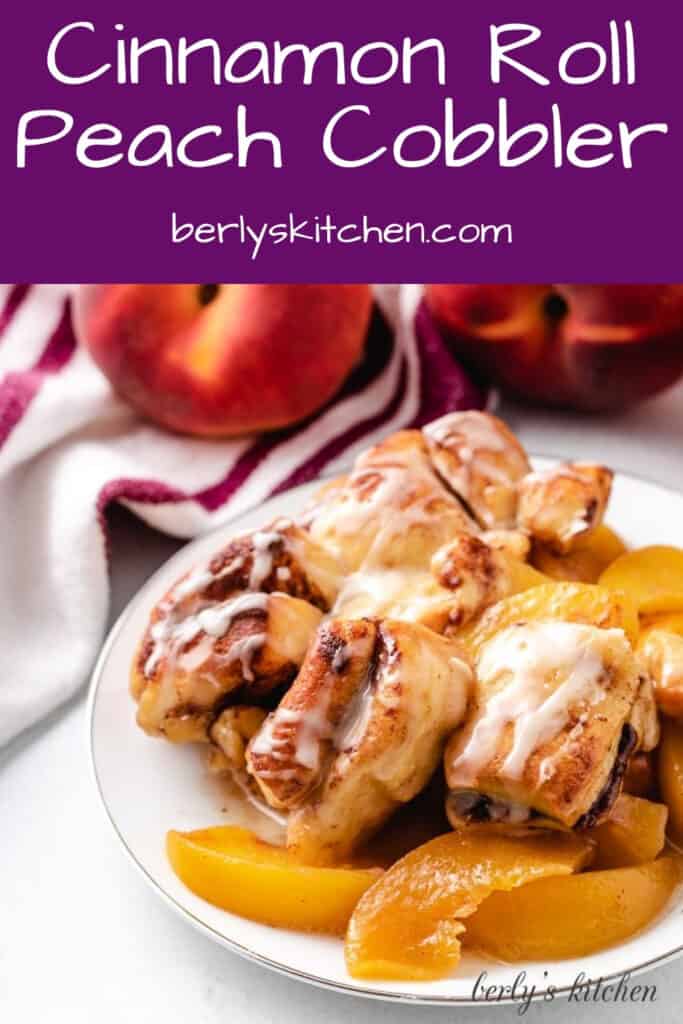 Who would have thought that peaches and cinnamon rolls would make such a tasty combination? I was skeptical when Kim first told me about this dessert. However, I’m happy to report that I was wrong.

Cinnamon roll peach cobbler is soft, warm, sweet, and loaded with with the flavors of cinnamon, peaches, and vanilla.

If you’ve never tried that recipe before, I definitely recommend giving it a shot. It’s a super tasty breakfast! In the meantime, let’s get this cinnamon roll peach cobbler started.

First, preheat your oven to 350° F and grease a 2.5 quart baking dish with non-stick cooking spray.

Next, grab a large mixing bowl and toss the peaches with cinnamon, cornstarch, and granulated sugar.

After that, pour the peaches and spices into the baking dish. Use a spoon to spread out the peaches.

Open the can of cinnamon rolls and grab a knife and cutting board.

Now, using the kitchen knife, cut the cinnamon rolls into quarters. Creating a total of 20 pieces of dough.

Then, carefully layer the pieces of dough over the peaches. Try to cover as much of the peach mixture as possible.

Cover the baking dish with aluminum foil and place it into the preheated oven. Let the dish bake for 20-minutes. Afterward, remove the foil and continue baking for 20-25 minutes.

The cobbler needs to bake until the rolls are slightly browned and the filling has set. Meanwhile, while the cobbler bakes, grab a small mixing bowl and a whisk.

Combine powdered sugar, vanilla extract, and milk in the bowl to create the vanilla icing. Last, once the cobbler has baked, remove it from the oven. Let it cool for a little while before drizzling it with icing.

That’s it, your cinnamon roll peach cobbler is done! Kim and I hope you enjoy it and wish you all the best 🙂

Other Recipes You May Enjoy: 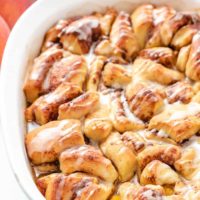 The calories listed are an approximation based on the ingredients in the recipe card and a serving size of about 1-cup of the cinnamon roll peach cobbler. Actual calories will vary. Leftovers can be stored in a sealed container, in your fridge, for up to 3-days.