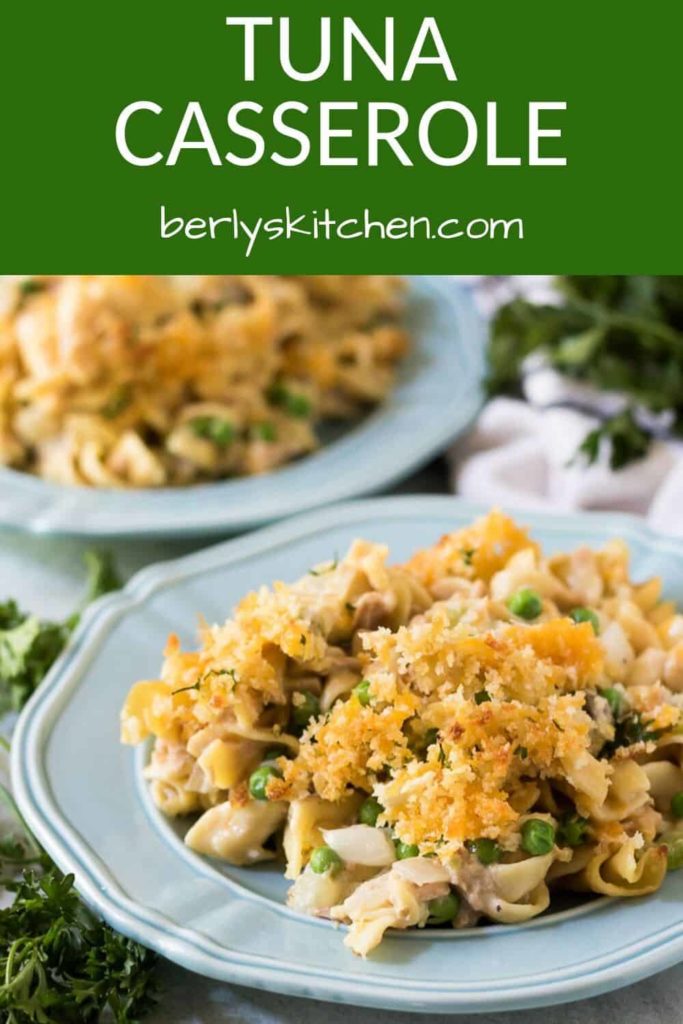 Need a fast and inexpensive dinner idea? Then try our easy tuna casserole recipe made with canned tuna and egg noodles. Dinner just got a whole lot easier!

It doesn’t take an economics professor to see that everyone’s budget is about to get a lot tighter.

Keeping that mind, you’re going to need lunch and dinner recipes that are filling but still easy on the bank account.

Why not give our tuna casserole recipe a try? The total cost of the dish is about 15.00 USD, that’s comes out 1.25 USD per serving.

Try feeding twelve (12) people for that amount at any fast food or restaurant chain. So, shall we get started?

How to make a tuna casserole recipe?

First, begin by preheating your oven to 425° F., greasing a two and a half (2.5) quart casserole dish, and mixing the breadcrumb ingredients.

Also, it’s probably a good idea to dice the celery and onion; as well as, shred the cheese and open the cans of tuna.

Next, cook the egg noodles until they’re almost done or al dente as it’s called in the culinary industry.

After that, grab a skillet and place it over low-medium heat. Melt the butter and cook the celery and onions until they’re soft. It should take about five (5) minutes.

Use a wooden spoon to mix everything together. At this point, you can transfer the mixture to the casserole dish.

Then, top the tuna casserole with the breadcrumb mixture you prepared earlier.

Place the dish into the oven to bake for about sixteen (16) minutes or until it’s bubbling. Last, remove it from the oven and serve while warm.

That’s it, your easy tuna casserole recipe is done! Kim and I hope you enjoy the meal and wish you all the best 🙂

Can you freeze tuna casserole?

Absolutely, you can either do it before or after you bake the dish. Personally, I would freeze it beforehand, then pop it into the oven to bake once we’re ready to eat it.

How long is tuna casserole good for?

Once baked, the tuna pasta will hold in your fridge for up to three (3) days in a sealed container. In other words, it’s okay to eat for another three (3) days as long as it’s stored in the fridge.

Other Casserole Recipes to Try:

Don’t forget to check out our Tuna Casserole web story! 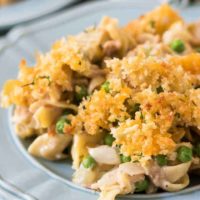 The calories listed are an approximation based on the ingredients and a serving size of one (1) cup of the tuna casserole recipe. Actual calories will vary. The dish can be stored in your fridge, in a sealed container, for up to three (3) days.