Since this recipe is rather labor intensive and takes quite a bit of instruction, I will keep this introduction short and sweet. The recipe came about during one of Kim and I’s “after work” discussions.

Every night, she comes home, and we always sit on the couch together and discuss our daily affairs. Sometimes we talk about our day or the blog, or even upcoming events. Couples and partners in a long-term relationship know what I mean.

It’s those conversations that bring comfort to each person and serve to maintain and strengthen the bonds that tie you together. Well, it so happened we were discussing some upcoming recipes, and these sliders come up as a viable option.

People seemed to enjoy our Thanksgiving Sliders, so we figured people might like these sliders as well. Plus, a recipe like this has many parts to it that are not difficult, just time-consuming.

It makes sense to incorporate the whole family since there are varying degrees of difficulty within the post. For the seasoned cook, the pancakes. For the beginner cook, the eggs, and for young children, preparation and assembly.

This recipe is fun to make and gets everyone involved. It is another way to strengthen those bonds I spoke of early. In fact, Kim and I made this recipe together and had a blast doing it. It is my hope you will enjoy it too. Once again, I wish you a long life, love everlasting, and full belly.

How to Make Pancake Sliders

Usually, Kim and I like to keep things simple. However, this time around, we wanted “family-fun” to be a major focus. Keeping that theme in mind, I am going to recommend getting the whole family involved with this one.

For example, one person can cook the pancakes while someone else tackles the eggs. Younger children can work on prepping the cheese and assembling the sliders. So how about we get this assembly line going?

Starting with the pancakes or flapjacks, place all the pancake ingredients in a stand mixer and mix on low until well combined.

Now, if you find the batter came out a little thin, don’t panic, just add flour at ¼ cup at a time until it thickens some. While the ingredients are mixing, go ahead a preheat a cast iron skillet or large non-stick skillet on low-medium heat.

Once the batter is mixed, melt a teaspoon of butter in your skillet. Then, place approximately 1/8 cup of batter in the pan and cook the pancake until bubbles begin to form.

After a few bubbles form and the edges of the cake start to crisp, flip it to cook the other side for about 3 to 5 minutes or until golden brown and then remove the pancake from pan. Repeat this process until all the batter is gone. Let’s look at how to prepare the eggs and ham next.

Start by coating another skillet with non-stick spray and preheat the pan over medium heat. I chose a flat iron skillet for this process. As the skillet pre-heats, crack one egg into a bowl and season it with salt and pepper. Afterward, whisk the egg until it is well beaten.

Next, pour the scrambled egg into your hot pan. I like to drizzle the egg out of the bowl slowly, allowing it to spread incredibly thin. Letting it spread out completely allows it cook faster without being flipped. Let it continue to cook until it is completely done.

Last, using your spatula, flip the sides of the egg in on itself creating a folded square. Once that is done, remove the egg from the pan and set it aside on a plate. Repeat this process until all eight eggs have been individually cooked.

With eggs done, go ahead and use the same pan to heat your slices of ham. I cooked multiple pieces of ham at the same time. Just toss them into the hot skillet, and then cook on each side for approximately 3 to 4 minutes.

The sugars in the ham will caramelize slightly giving it nice little crust. When all the ham has been heated, set them on the plate with the eggs. Now comes the fun and easy part of the recipe, assembly.

Some people may disagree, but I think there is “right” way to assemble a sandwich. Otherwise, you end up with soggy bread slices. To keep the pancakes from becoming too wet, we seared the ham before putting it on the slider.

To begin, start with a small pancake on the bottom, then layer on the ham slice. After the ham, add the folded egg. On top of the egg, place a slice of American cheese. Lastly, top the cheese slice with another small pancake. Now you have a completed ham, egg, & cheese pancake slider.

At this point, you can drizzle it with maple syrup or just enjoy “as is.” Personally, I avoid the syrup because I detest soggy bread. However, that’s what makes food great, eat it the way you want.

I haven’t tried this, but it seems like you can prepare the sliders in advance and heat them later before serving. Fortunately, they will reheat in a microwave on low for approximately 1 to 2 minutes. I would also assume they can be frozen and heated one at a time in the microwave.

It would make a quick weekday breakfast. Either way, whether you eat them right away or save them for later, you can be sure they will be tasty!

Pancake batter should make 16 small flapjack or small pancakes. Ingredients can be made early and sliders assembled and heated in oven or microwave at later time. Can be stored in fridge for up to 3 days in sealed container. Have not tried, but appears sliders could also be stored individually and frozen for quick breakfast.

Check out our most popular ground beef recipes! 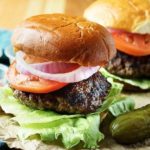 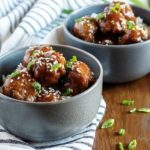 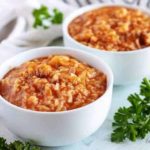 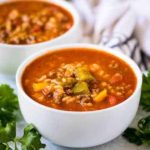