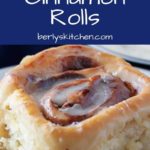 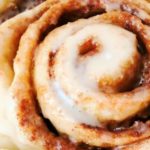 Easy Cinnamon Rolls are one of the best breakfast, or desserts, around. Our version is soft, light, and packed with brown sugar and cinnamon. After the cinnamon rolls bake to a beautiful golden brown, they’re drizzled with a sweet vanilla glaze.

Who doesn’t like warm, gooey, cinnamon rolls from scratch? They are certainly some of our favorites.

Whether you call them cinnamon scrolls, cinnamon buns, or sweet rolls, they seem to be a favorite with most people.

This is our recipe for soft, sweet rolls filled with plenty of cinnamon and brown sugar. Then they’re topped with a sweet vanilla glaze.

I’ve made homemade cinnamon rolls with both active and instant yeast and have gotten consistent results. Check out the “Tips” near the bottom of the post to see the alternate version.

Rolling Out the Dough:

Roll and Cut the Cinnamon Rolls:

If you don’t want to double it, the cinnamon roll icing makes just enough for a light coating.

How do you activate yeast for cinnamon rolls?

Heat the milk and water as directed but leave out the butter. Stir in the sugar and yeast and allow the yeast to foamy and tan in color. Next, add it to the flour, salt, butter, and egg then mix as directed. Having trouble working with yeast? Here’s a post we wrote to explain how to activate yeast.

How do I adjust this recipe for high altitude baking?

As mentioned above, start by using less flour and adding more as needed. Different environments, altitudes, and weather will affect this recipe. I’ve used anywhere from 2 ½ cups to a little over 4 1/2 cups of flour depending on where I’ve lived and the indoor/outdoor humidity.

If you live in the mountains, the bake time and temperature may need to be adjusted slightly. Check out this article for more information about high altitude baking.

Can I freeze the cinnamon rolls before they’re baked?

Yes, our favorite way is to partially bake the dough before freezing then finish baking it when you’re ready.

Here’s how. Bake the cinnamon rolls at a slightly lower temperature (325°) for about 15 minutes, let them cool, bag them while they’re still in the pan, and freeze them. When you’re read to bake the rolls, let them thaw, then continue to bake until they’re golden brown. For more detailed instructions, check out this post on how to freeze cinnamon buns from King Arthur Flour.

Join our Facebook group for more recipes from Berly’s Kitchen and our new site More Than Meat and Potatoes!

*Check out our tips in the post for working with active vs. instant yeast.  *See post for in-depth instructions, recipe variations, photo, tips, and questions that we’ve answered regarding the recipe. *Environmental factors cause the amount of flour required to vary slightly by region.  We’ve linked to a great resource in the tips section of the post. *Recipe makes approximately 10-12 cinnamon rolls. *Calories listed are an approximate and based on the ingredients listed.  *We have not tried to substitute ingredients such as gluten-free flour, bread flour, almond milk, soy milk, etc. and cannot provide recommendations on the use of alternate ingredients. *For the icing in the video, we used 2 cups powdered sugar, 5 tablespoons of milk, and 2 teaspoons of vanilla (a double batch). This made a thick and creamy glaze for the cinnamon rolls. The glaze in the photos was a single batch as shown in the recipe. 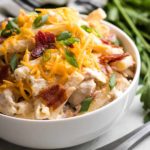 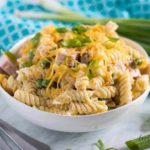 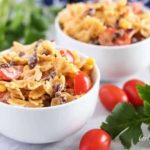