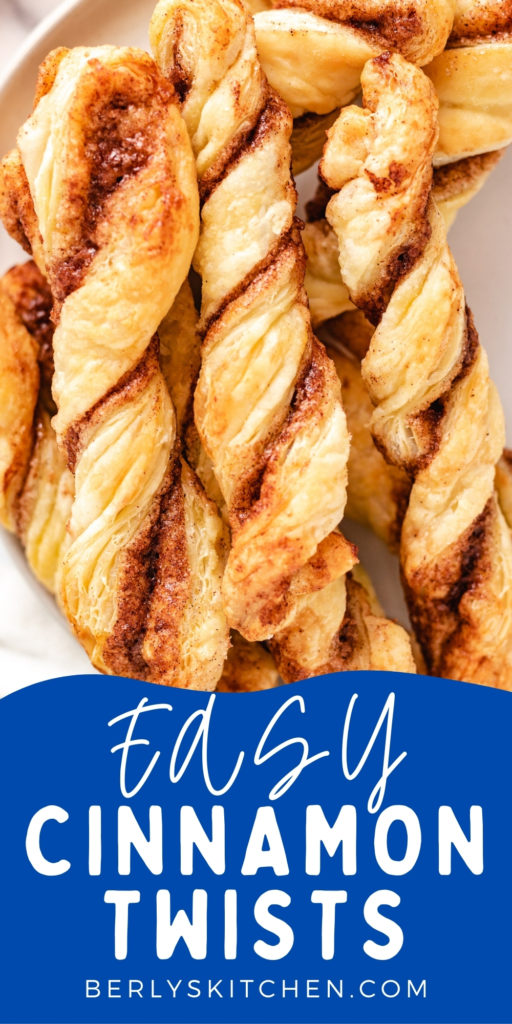 Cinnamon Twists are a sweet, fluffy, dippable sweet treat that’s perfect for breakfast, dessert, or as a snack. Best enjoyed warm out of the oven with my easy homemade vanilla icing on the side!

Remember my Easy Homemade Cinnamon Rolls and Braided Jalapeno Cheddar Bread? These two popular recipes inspired me to combine the two, in a way, to create these homemade Cinnamon Twists! One of my better ideas, if I do say so myself.

These homemade Cinnamon Twists are sweet, fluffy, and perfectly dippable with my easy vanilla icing. Perfect for breakfast, dessert, or as a snack!

How to Make Easy Vanilla Icing

Room Temperature: Leftover twists may be stored at room temperature for up to 4 days.

Freezer: You may freeze prepared, unbaked or par-cooked cinnamon twists to bake later, if desired. Allow to thaw completely before baking.

Reheating: Enjoy these cinnamon twists at room temperature or toast in the oven at 325°F for 7 minutes or so until warmed through, but not dried out. You can also microwave them at 30-second intervals.

Don’t forget to check out our Cinnamon Twists web story! 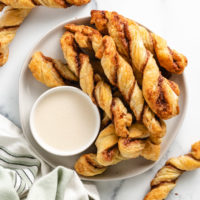 *The calories listed are an approximation based on the ingredients in the recipe card and a serving size of 2 twists. Actual calories will vary. *For more information, tips, and answers to frequently asked questions, please refer to the post.