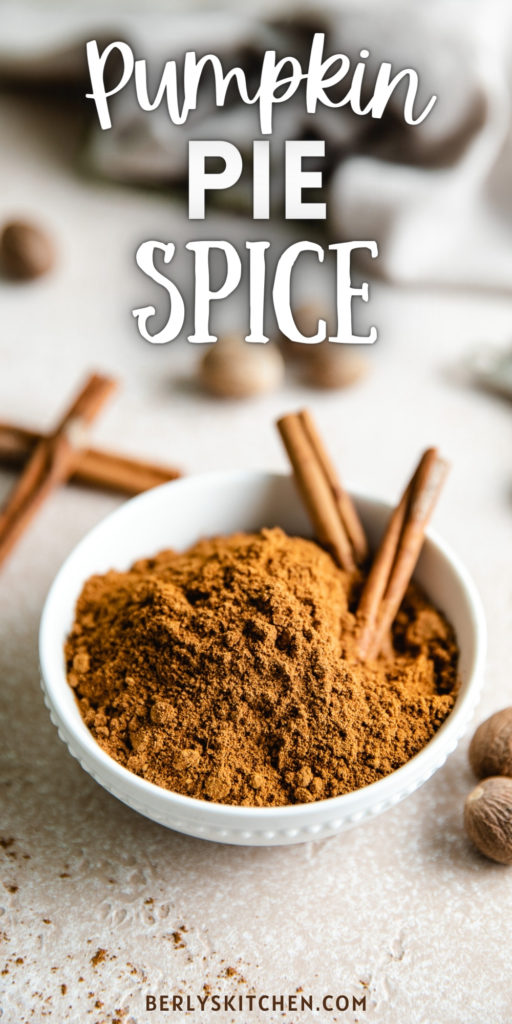 Homemade Pumpkin Pie Spice is an earthy spice blend of cinnamon, nutmeg, ginger, allspice, and cloves. Add it to bread, pies, and muffins for an instant flavor of autumn.

Not only do we keep pumpkin pie spice in the cabinet all year, we also keep extra cans of pumpkin. You never know when you might get the craving for a pumpkin roll, pumpkin donuts, or pumpkin bread in the middle of July!

What is Pumpkin Pie Spice?

Pumpkin pie spice, or pumpkin spice as it’s commonly known, is a blend of spices used to add warming flavor to baked goods, coffee, fudge, and other foods. It’s very popular in the United States, especially during the cooler months.

Several store bought versions, such as Badia, Great Value, and Good and Gather, contain a mixture of cinnamon, ginger, nutmeg, allspice and cloves. McCormick brand lists cinnamon, nutmeg and allspice but omits cloves from its recipe.

Our spice blend only takes about 5 minutes to whip up, and includes cinnamon, ginger, nutmeg, and allspice with ground cloves as an optional ingredient. Keep a jar in the spice cupboard to use as a substitute to the store bought version all year round.

How to Make Homemade Pumpkin Spice:

Room Temperature: Store homemade pumpkin pie spice in an airtight container in your spice cabinet for up to 6 months. 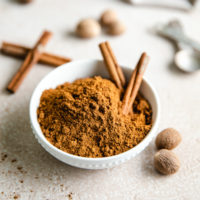 *The calories listed are an approximation based on the ingredients in the recipe card and a serving size of 1 tablespoon of pumpkin pie spice. Actual calories will vary.   *Doubling or tripling this recipe has not been tested. Therefore, we can not guarantee the outcome of adjusting the ingredients.   *For more information, tips, and answers to frequently asked questions, please refer to the post.